SIGN UP TO JOIN THE RESILIENCE COLLABORATIVE: EQUIPPING HEALTH WORKERS TO RECOVER, ADAPT AND GROW
✕

Since the beginning, Johnson & Johnson has supported and championed health workers—especially nurses, midwives and community health workers on the front lines who are at the heart of delivering care.

Early in its history, the Company appointed nurses to key leadership positions in advancing aseptics, developed The Maternity Kit to put delivery essentials in a box for midwives and other birth attendants to safely support mother and baby, and published information for community health workers about how to protect against contagious disease, including how to recognize symptoms of illnesses like smallpox, polio, influenza and more.

Johnson & Johnson has developed one of the oldest and largest global giving programs, working with partners around the world to support those who provide care to others and to help inspire the next generation of health workers. In the 1990s and 2000s, the Johnson & Johnson Foundation and the Johnson & Johnson Family of Companies launched several pioneering programs and partnerships that empowered health workers and improved maternal and child health and disease prevention efforts in vulnerable communities around the world.

The timeline below highlights some of the major milestones from the Company’s history of supporting and championing nurses, midwives and community health workers. The Center for Health Worker Innovation, founded in 2019, builds upon this long legacy. 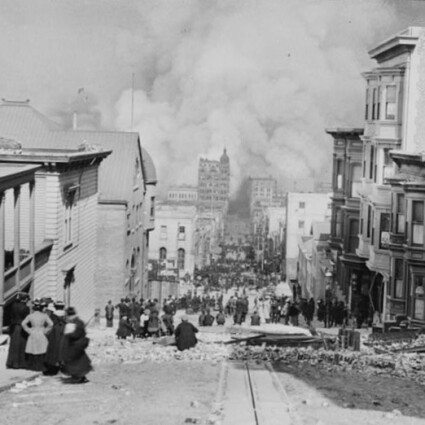 1906
When a massive earthquake destroyed 80% of San Francisco, Johnson & Johnson responded quickly and generously, marking the beginnings of one of the oldest corporate disaster relief programs in existence which has evolved into a multi-phased approach—providing effective support in the immediate aftermath but also focusing on building resilience in health workers and sustainability in community health programs, preparing them to respond to future disasters.
Image courtesy of Genthe photograph collection, Library of Congress, Prints and Photographs Division 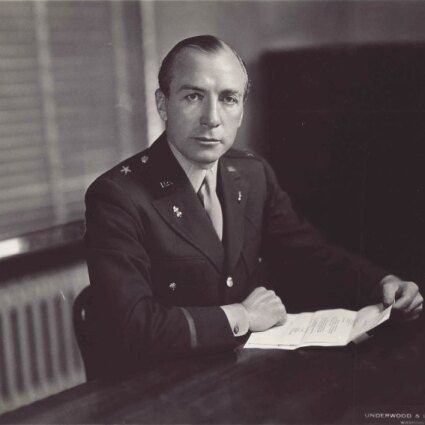 1932
General Robert Wood Johnson, the visionary business leader who led Johnson & Johnson from 1932 to 1963, believed nurses should have a greater role in patient care and should be given greater responsibility, and he spurred the creation of several programs to help elevate the professional standing of nurses in the mid-20th century including a Nursing Scholarship Fund in 1953.
Image courtesy of Johnson & Johnson Archives Early 1990s
Johnson & Johnson has been a pioneer in supporting partners and programs that prevent and treat obstetric ﬁstula, beginning with a donation of sutures at the request of Dr. Catherine Hamlin of Addis Ababa Fistula Hospital in Ethiopia and today includes support for midwifery education and community health programs promoting maternal health. 1992
Launched Bridge to Employment to connect youth from disadvantaged communities to healthcare careers through Johnson & Johnson employee mentors. Over the last 25+ years, BTE has supported more than 5,000 young people in 80+ locations across 16 countries, and is one of several Talent for Good opportunities for employees around the world to use their skills to solve critical capacity-building needs of community-based partners.
San Diego hosting BTE-Santa Ana at Janssen La Jolla Facility. Students in the labs with Rosa and ?, two employees and mentors of the bridge to employment students.
Jessica Scranton 2000
Launched the Campaign for Nursing’s Future to help address a critical shortage of nurses in the United States. Johnson & Johnson Nursing today works with partners to shine a spotlight on nurses and their impact, and directly empower their work. 2001
Formed partnership with Aga Khan University’s School of Nursing and Midwifery to improve nurse education and training in East Africa. The program has graduated more than 2,300 nurses and midwives to date—and 90% have gone back to work in their local communities.
Teacher training in action at Madrasa Early Childhood Training center.
Jessica Scranton 2004
Launched the Neonatal Resuscitation Program, a first-of-its-kind public-private partnership with the Chinese government to train healthcare workers across China in neonatal resuscitation, saving more than 150,000 newborns across the country from complications due to birth asphyxia. 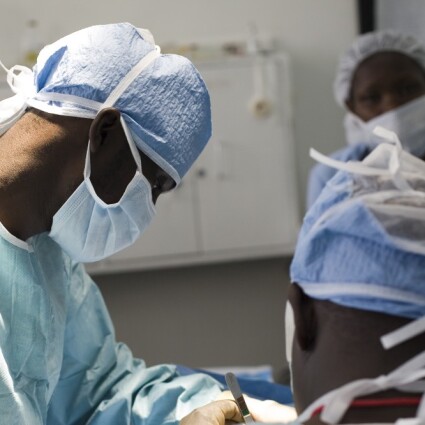 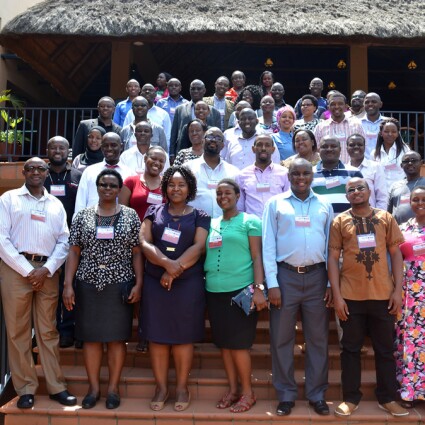 2010
One of the founding sponsors of text4baby® , the US’s first-ever free mobile health service to provide timely and expert health information through SMS text messages for pregnant women and new moms. This innovative public health partnership laid the foundation for global mHealth partnerships that followed, including creating the Mobile Alliance for Maternal Action (MAMA) partnership with U.N Foundation and USAID, mMitra in India, MomConnect and NurseConnect in South Africa, and Healthy Family App in China. 2010
Working alongside our partners on the front lines of care, we set—and exceeded—our commitment to the UN Millennium Development Goals (MDGs), training more than 410,000 healthcare workers and improving the lives of more than 400 million women and children over the 5-year timeframe. 2011
Johnson & Johnson was the first private sector company to join the H6 Alliance (formerly H4+), an unprecedented global partnership among six UN agencies to advance maternal and child survival priorities alongside country governments. The partnership trained skilled birth attendants in comprehensive emergency obstetric and newborn care in Ethiopia and Tanzania, helping to fill a serious gap in the health workforce in both countries.
Fistula Hospital, Gondar, Ethiopia. WAHA dr. yohannes tadesse male intern, Dr. Saba wossen intern, mariamawit aychew fistula patient pregnant and the baby passed away. age 20 3 weeks since she came...she has been fixed but with leakage now but much better. referred by local center from kura. 2015
Launched a 5-year,$30 million commitment to Every Woman Every Child to support programs in at least 20 countries with high newborn mortality, reaffirming commitment to create a world in which no baby dies from a preventable cause. The programs aimed to increase the number and skills of birth attendants; reduce newborn mortality from birth asphyxia; increase the percentage of newborns at-risk for HIV who undergo early infant diagnosis; and expand the use of mobile phones to deliver health information for safe pregnancy and birth. 2016
Johnson & Johnson was one of the first major companies to make 5-year public commitments to accelerate the Sustainable Development Goals, including training 650,000 health workers by 2020. 2016
Joined forces with the Government of Canada to launch Born on Time, the first public-private partnership to prioritize the prevention of preterm birth, the leading cause of death in children under five. The partnership has trained thousands of nurses, midwives and community health workers to date in Bangladesh, Mali and Ethiopia.
Photo courtesy of Born On Time 2016
When Hurricane Matthew in Haiti and the Ebola crisis in Liberia devastated already fragile health systems increasing maternal and infant deaths, we partnered with UNFPA to launch the Safe Birth Even Here campaign to increase the number and capacity of skilled birth attendants and improve linkages between local communities and maternal health services. (Photo courtesy: UNFPA)
Photo courtesy of UNFPA 2019
Johnson & Johnson Global Community Impact launched the Center for Health Worker Innovation to catalyze efforts to respond to the human resource crisis in global health and build a thriving health workforce to achieve global health priorities, including Universal Health Coverage.
The Auxiliary Nurses and Midwives (ANM) Training Program was initiated in 2010 by Johnson & Johnson in partnership with the Indian Red Cross Society to address the shortage of nurses in rural areas and help underprivileged girls pursue higher education and gain employment. The free, two year ANM program is advertised in regional newspapers across Maharashtra inviting applications from young women from underprivileged backgrounds. The selected candidates are provided with ANM Training in line with a syllabus fixed by the Indian Nursing Council and the Maharashtra Nursing Council which includes classroom sessions, clinical postings and time in the villages where they conduct health education on sanitation, personal hygiene and treatment and care of communicable and non-communicable diseases. Johnson & Johnson covers the costs including the course fee, room and board, study materials, uniform and stationery. Arti Gajanan Modshe (left), Mrunali Hariba Jangam (centre) and Snehal Sanja Jadhav (right) are students in the Johnson & Johnson ANM program.
Paul Bettings/Paul Bettings/Johnson & Johnson